Jojoba Oil is natural oil that makes for a quality beauty ingredient. Jojoba Oil is known to contain all the essential vitamins as it is extracted from the seeds of Jojoba plant and is produced from the human skin that is Sebum, known to protect the skin from toxins and retains the moisture of the skin. As we get older the skin produces less of Sebum and it makes the skin dull that is why Jojoba Oil helps in treating the same. 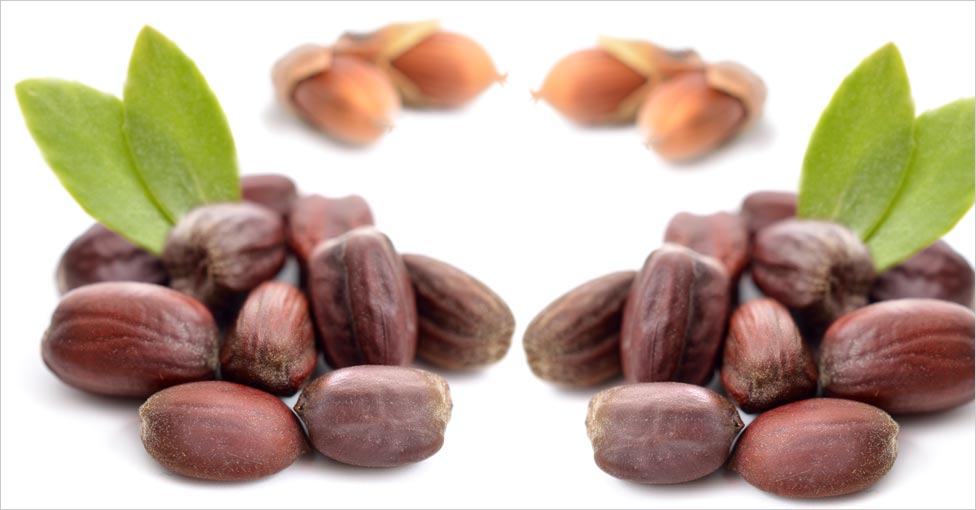 Benefits of Jojoba Oil for the skin:

1. Works as a natural sunscreen

Jojoba Oil works as a sunscreen for the skin as it protects the skin from harmful Ultraviolet rays of the sun. Other than using harsh sunscreen, jojoba Oil instead it the best alternative.

Jojoba Oil has a soothing property to soothe burnt skin from within as it reaches the tissues. Generally, after shaving one feels more burns so if you apply Jojoba Oil on the areas then it will reduce the burns.

An effective Make-up remover which doesn’t make your skin hard instead soothes it so that the chemical filled Make-up don’t spoil your skin texture is hard to find. But Jojoba Oil does that job too; it works as a natural Make-up remover.

As Jojoba Oil is full of minerals so it is very helpful in reducing the wrinkles. Even if you don’t have them if applied daily it will prevent all signs of aging.

Products Made of Jojoba Oil